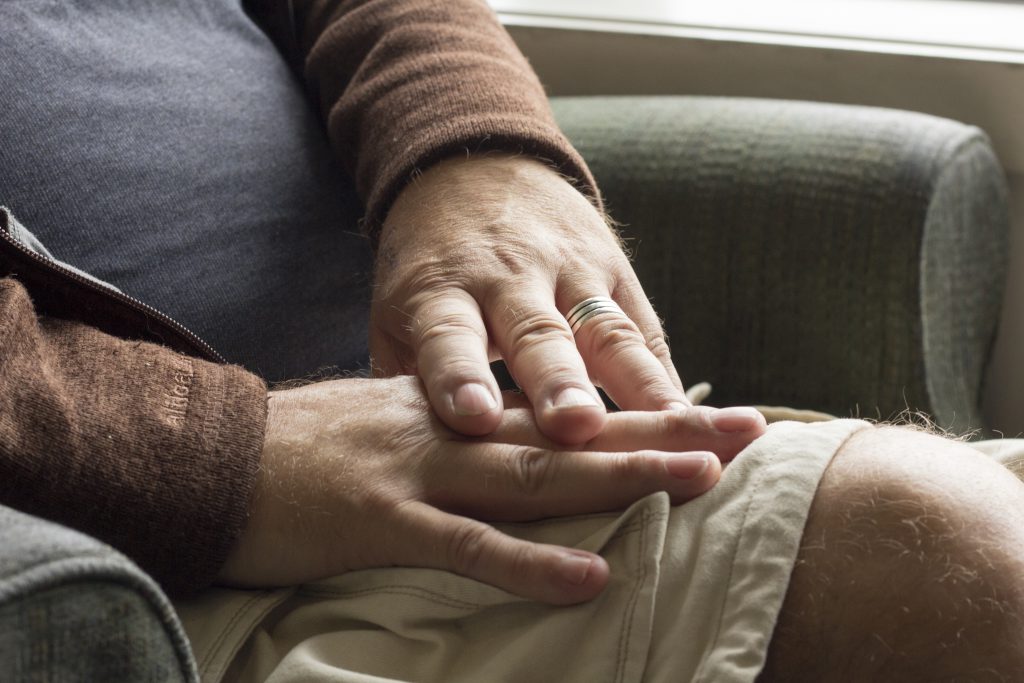 I was a normal family person. I had a wife and children. I had teenagers at the time I got a gambling addiction. I was a sales rep and had a very good job and a good future. I was working in Christchurch and got transferred down South to set up a branch down there.

I got a bit out of my depth. I was away one weekend and starting gambling on pokie machines, and within a week I was addicted to them. That went on for about 12 years. I was happily gambling every day. Lunch times, then after work, then during work, then whenever I could get to a machine. I ended up defrauding companies of $230,000. I got 2 years, 9 months in jail. So yeah. Addiction is a horrible thing. When you go to jail, most people have got an addiction. If you could cure the addictions, you’d have a lot less people in there.

I ended up out at Rolleston. Had a few hassles at first with one guy who wanted to beat me up, but then I got a job in the kitchen. When you have a job in the kitchen, no one touches you, because you have control of their food. Unlike most prisoners, my wife stuck with me. I’ve been married over 25 years. She came out every Saturday, and my kids came out a couple of times. Support was great. It was really tough for her. I had stopped gambling about 3 months before I lost my job. But I got lazy at covering it up, living a double life. My wife had no idea about my gambling. I got caught in January and that was one of the best days of my life in some respects. I could tell people and could apologise and didn’t have to be pretend anymore.

When I came out, I got picked up by a probation officer. I was taken into town, and given my ‘Steps to Freedom’ grant, and then he took me home. I was supposed to see him regularly but I never saw him again. I just had to report to New Brighton Probation. But for most people getting out is a problem. They get $350. And that’s it. They get dropped off, get their money, and go on a bus. $350 and that that’s all they got. No job. No ID in lots of cases. No references. Set up to fail, they really are.

I managed to get several jobs. I worked in the rebuild, and I got a job at the Salvation Army as a relieving tutor in construction. Then I also got a job part time relieving at another place, and I’m still working there now.

When I was with Salvation Army, they had a contract with Corrections, rehabilitating people and getting them in jobs and housing when they’re on the outside. They asked me if I’d like to take it on. I said I’d do it part time. I worked with them for a year, 20 hours a week, visiting prisons. Initially they wanted us to run a class in the prison. To go over employment, how to do a CV, that sort of thing.

I said, “no,” I’ve been in prison, and groups don’t work. They all try to show off. They’re going to be macho or are there for what they can get, chocolate biscuits or a free pen, they’re not there to learn. You have got to do it one on one, or in very small groups. So that’s the way we did it, and we were quite successful. We got a lot of people into jobs.

There’s a lot of mental health issues and a lot of addiction in prison. I would say 80% of prisoners or more have either got alcohol, drug or gambling addictions.They shouldn’t be in prison. I was in prison with a guy, he was a lovely person. But then I got to know him on the outside and seeing him drunk, he’s a different person. There are a lot of otherwise-nice people. Addictions have a lot to answer for. I don’t know how you stop addiction. Maybe you have to hit rock bottom. And if you’ve got the guts to carry yourself out of it, you can do it. If not, well… people don’t and they die. Addiction is horrible.

Some people are hardened criminals, but some people are very vulnerable. If they could just be kept safe. Each prisoner gets assigned a guard who’s supposed to look after them and their interests, but my experience is that they didn’t care about doing that. It’s not rocket science to keep an eye on the vibe of the place. Prisoners know what’s going on – you see someone walk across the yard and you know someone’s going to get a beating. If prisoners can see that, why can’t the guards? We had a young guy, he was probably 28, but acted like he was 16, he should never have been in prison. He made the papers, he got beaten within an inch of his life. Now he’s got a brain injury. He’s not the same person.

I’ve got my life back now. I’ve been married for over 25 years and have owned several houses. But prison hangs around with you… I still haven’t got New Zealand citizenship. And I can’t get into America. One of my sons was hoping to get married in Hawaii, but I don’t think that can happen because of me.