Are we safe on our streets? Murder in New Zealand.

Jo Pert was attacked and killed while running in the morning in Remuera – one of the country’s safest and most exclusive neighbourhoods, while Cunxiu Tian was killed in her own home in a quiet Te Atatu cul-de-sac. Pert was a mother of two, and Tian was a grandmother. These killings were tragic, surprising, and brutal, and they have struck a chord with the public. Pert’s death recently sparked a 5km ‘Run For Her’, where 200 women ran through Auckland to ‘reclaim the streets’ in which they no longer felt safe.
​
This laudable effort highlights the issue in these murders: if we aren’t safe going out for a morning run, or even in our own home, where are we safe? And if we aren’t safe anywhere, why isn’t something being done about it?
​
Murders aren’t commonplace in New Zealand, but they do happen reasonably regularly. The average murder rate in New Zealand in the 2000s was 54.6, or just over one a week. The reason that we don’t hear about them all is that the majority are solved very quickly, with a killer who is strongly connected to the victim in some way, and whose motivation is obvious.

The thing is, we’re safer than we realise. Internationally, this murder rate is among the lowest, even among first-world nations. More than that, the murder rate per capita is actually falling: between 1985 and 1992 we averaged 21 murders per million head of population, but from 2004 to 2008 that number was only twelve.

The Howard League’s own Dr Jarrod Gilbert highlighted this issue in his column last year after the tragic death of Blessie Gotinco, pointing out that not only is the murder rate declining, but that other violent crime is falling too. Where the majority of the public will admit to a perception that crime is rising, New Zealand is currently a safer place than it’s been in at least 30 years, and crime continues to fall gradually. Although we’ve sadly seen two in less than a month, murders where the killer is unknown to the victim are extremely rare.

Murders like this fascinate the public, and make easy fodder for journalists and politicians who have more to gain from spreading fear than fact.

‘Run For Her’ has it right: we should feel safe on the streets, because we are. 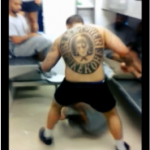