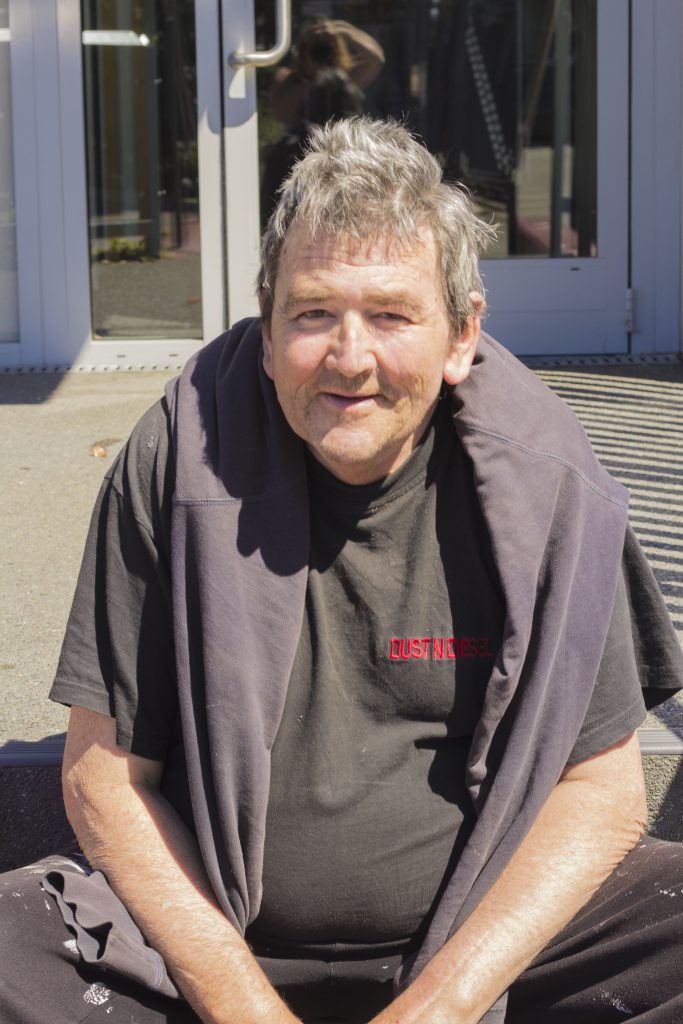 I enjoyed school, but I wanted to get out and work. That was at the age of 17. Things started to go haywire, and I ended up on the wrong side of the law. I was in and out of prison, in and out of court.

Some was my own choices. Some was being in the wrong place at the wrong time type of thing. But boy am I paying for it now. I was last in prison at the age of 19, and I did 12 months out of 18 for aggravated robbery. It’s been 44 years, and I still pay for it today.

I’ve applied for jobs. They will never turn around and say to you “No Richard, we won’t employ you because you’ve got a criminal record.” As soon as they do, I’ve got them.  What they do is they turn around and say, “we’ve considered your application carefully, and at this stage you have not been successful, although we would like to keep your application in case further vacancies come up.”

I’ve had to go and get my own work wherever I can. The old lady down the road, she wants her garden dug over, or that sort of thing. They say that the Clean Slate Act works, but I can tell you it’s a load of bullshit.

I got married at the age of 23. Then the apple of my eye was born. She’ll be 39 this year.  She’s made me a grandfather four times now. But I can’t go to Aussie. I want to go to Aussie and see my daughter and granddaughter, but I can’t.

We had two children. It would have been three, but my wife slipped coming down the stairs when she was pregnant with our third. We had told and told and told the landlord about the back stairs – that when it got wet they got very dangerous. It went in one ear and straight out the other.

I was in the kitchen making a cup of coffee, about to go to work because I was on shift work, and I heard this almighty great scream. I took one look at her and said, “don’t you dare move” and I ran downstairs and got on the phone… She lost the baby.  The landlord found out about three days later, and in less than 12 hours after that the stairs were fixed. I said to him, “you are an asshole.”

My wife, she’s gone now, since 1992.  But still, that’s what happens. You know. Life throws us sometimes.  We just have to get up, dust ourselves off and carry on the best we can.