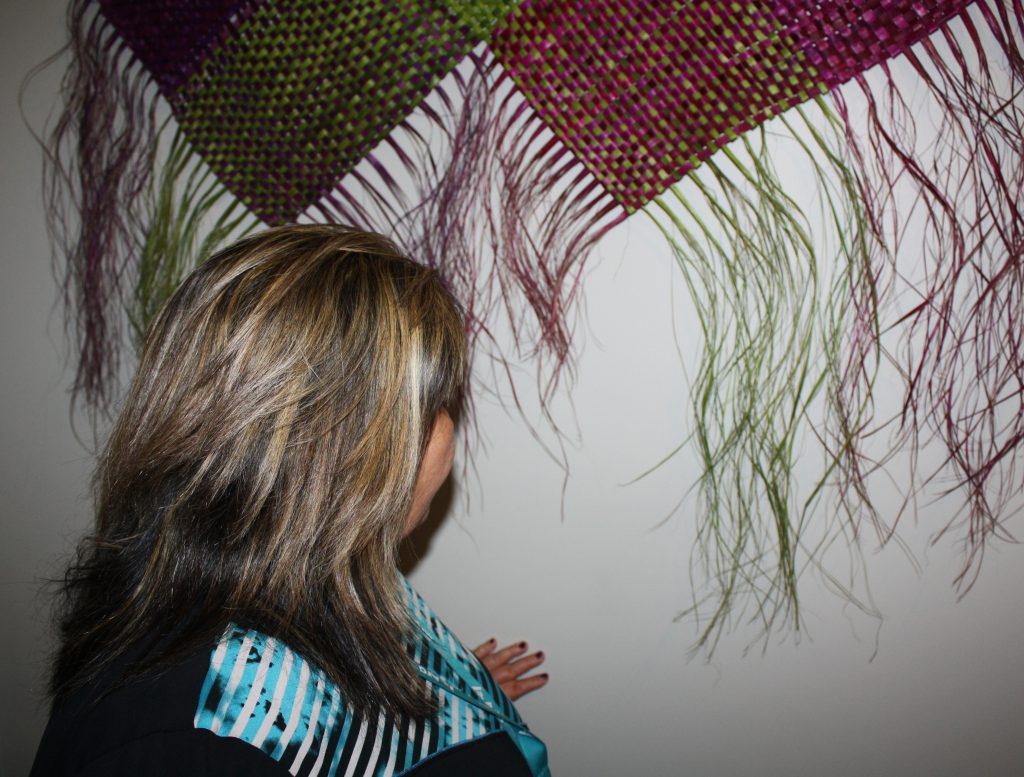 Prison for me was like a second home. I believe now, looking back, that it was the thing that kept me alive. Because I would go to prison and I would stop using and I’d get well enough to feel good about myself. Then I would get out and unfortunately repeat the pattern. And that was even when I’d started having children – that still wasn’t keeping me from going back to prison.

My first jail sentence was for consistent shoplifting when I was 17. Then the crime got bigger, and my bigger jail sentences were for drug dealing.

I remember in the 90s when I first started going to prison, everybody had a job. I learnt about structure, and a little bit of responsibility, and earning money to get what you need, but I got out and I would fall back into what I knew and how it was and the cycle would repeat.

I’ve got some better role models in my life now. There’s a leader in me and I know this. What I’m not sure of is how to let that out. It’s only by being inspired or by being around other people that make my wairua flow that I learn that stuff. That to me is how I feel inspired.

What got me to where I am today was being around better role models, getting some education, pushing myself past what I had been pushing myself to, and wanting to be better – to role model for my grandchildren something better than was role modelled to me.

It was death that broke the cycle. I went out and used drugs and got myself into a bit of trouble and then I had a heart attack and died one day at my brother’s. He did CPR on me for twenty-seven minutes. And I woke up in hospital the next day without a brain injury. My children were at the end of my bed that day and I knew – I just knew – that this was not how I should love them back.

That was one of the turning points. The other thing was that I was now having grandchildren born, and it needed to change. Those were the two key things that brought about change for me. And I haven’t been back to prison since.

After the heart attack I pretty much came straight here, to He Waka Tapu. I did a harm reduction program, an anger management program, and finally got into residential treatment and that was it for me – I worked on myself. I didn’t know that stopping using was gonna be the easy part!

I wasn’t interested in putting myself into groups in prison or making changes while I was in there, ‘cos that might’ve meant having to be a bit open and vulnerable and real with what was going on for me, and that was just never an option.

It was like survival mode. I would have a wall around me and I would let some people in, but only so far, ‘cos anything more than that was weak.

But when I stopped using drugs I realised really quickly that when I reached out to use, it was just to numb myself from my own feelings, and I had a whole lot of underlying grief and pain. I was left having to understand that it’s ok – people come with issues. I had to work out how I could identify what was happening for me when I felt really angry and find ways to cope and live with myself.

In turn I started believing in myself and when I started doing that, I started living and not just existing.

I’ve gone back to school. I started at a Level 4 Mental Health and Addictions National Certificate and then I carried on and did a diploma in a Level 7 Applied Addictions Counselling at Otago University. I got myself a full-time job and haven’t really looked back.

You can’t change the past. I never forget where I’ve come from, and what I’ve learnt has really helped me get to where I am today, but I think where I am today is just the beginning of an amazing journey.

I’ve had to go to prison 8 times. I’ve broken the law and spent a long time lost in addiction. But you know, today I’ve got four wonderful children, a really good full time job, seven amazing grandchildren, and I get to get up every morning and give back, so that’s pretty cool.

I now coordinate and facilitate the residential rehab where I got well. That sends a strong message of hope, that if I can do it, anyone can.

The world is always going to judge, it’s just how the human race is. But I have over 100 criminal convictions, and I have a Level 7 degree. So you choose how you want to judge me.

I know that when I go to bed at night, I lie down and I’m good. And that’s all that really matters. I give back by speaking my truth – and that’s both past and present. It’s about surrendering to change. It’s about being the change you want to see in the world.