There are three branches to the Howard League for Penal Reform. They are located in Canterbury, Wellington, and Otago. There is also an Auckland based charity operating under the same name focused on literacy and drivers licensing.

The Howard League for Penal Reform has no political affiliations and receives no funding from the government.

We are made up of people from all walks of life including academics, prisoners, advocates and lawyers. Working inside the prisons along with our lack of funding strings helps us maintain a credible independent voice.

The Prison Information Service (PIS) is a collaboration between Community Law Canterbury and the Howard League. We coordinate volunteers from University of Canterbury from law, sociology, and criminal justice courses providing a free legal and welfare service in Canterbury prisons. We had 600 contacts with prisoners last year. Any legal matters are handled by Community Law while Howard League looks after direct advocacy.

As well as individual advocacy, if there are repeat concerns that prisoners or staff have, we advocate for a systemic solutions. Ultimately legislation and policy change is what is required to get lasting transformation in the sector. To this end we lobby where we can and speak in the media according to our kaupapa (both principles and policies) outlined below.

The Howard League is also represented at all coronal inquests, in order to have an external watchdog keeping an eye on the most serious of outcomes for vulnerable incarcerated people

In Collaboration with other NGOs we are involved with literary programs in Canterbury prisons. We also assist prisoners who cannot afford glasses where the lack of glasses is a barrier to their learning. We are in the process of establishing a small market garden in the youth wing of Christchurch Men’s. These later projects are more service provision than our core mahi; however, our involvement trying to help in a stretched system is valuable, and makes us the only political advocacy organisation in the crime and punishment debate that works regularly behind the wire while maintaining an independent voice.

Humans of our Prisons:

Finally, we have launched the Humans of our Prisons project. The goal of this project is to humanise the crime and punishment debate in New Zealand. As long as our prisons, those that work there and those inside, are seen simply as a matter of statistics, we will make bad decisions, leading to poor outcomes for all involved. See the Humans of Our Prisons page for more details, or follow us on twitter

The Howard League’s policies for reform are based on a set of principles. These principles also guide decision making on other issues as they arise.

Our mid-term policies support the implementation of the Optional Protocol to the Convention Against Torture (OPCAT) to which New Zealand is a signatory. Many of our repeated breaches of OPCAT are related to our prison population. Although Corrections is often held to account for these failings, they are trying to do a difficult job without sufficient resources. For example, they have a set number of beds and no say in the size of the prison population. 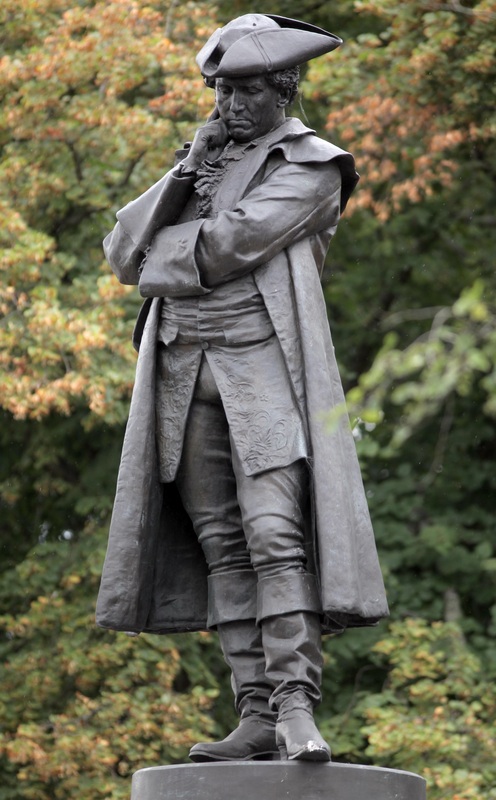 The history of the howard league.

John Howard was an English prison reformer living from 1726 to 1790. Over his lifetime, he spent some time in a French prison, the start of his lifelong interest and criticism of the prison system of the time. Howard was born to a middle class family and was apprenticed to a wholesale grocer in London, a career he felt no passion for. He eventually returned home to govern over his family’s land in Eastern England.

John Howard was appointed to the position of High Sheriff of  Bedfordshire in 1773. Part of his responsibilities as Sheriff was to oversee the gaols in his county, a job that was considered repugnant and therefore often left to the under-sheriff. However, due to his interest in the penal system he undertook this role himself and was horrified at what he found.

His passion for prison conditions and prisoner wellbeing led him to spend thousands of pounds of his own money while touring several hundred prisons in England, Scotland, Wales and elsewhere in Europe. He wrote on the conditions he found in these prisons and suggested improvements to what he considered unacceptable standards. He was considered an authority on prison conditions and was called upon to give evidence on these matters to a select committee of the House of Commons.

His work ‘The State of the Prisons,’ published in 1777, was a significant force behind the establishment of single-celling for the housing of prisoners in England.

The Howard League for Penal Reform:

In 1866, the Howard Association (which later became The Howard League for Penal Reform) was formed in England as a prison reform organisation. It took the name of John Howard as a way to honour his work as one of the pioneer prison reformers. There are various other organisations around the world who likewise take inspiration from Howard’s prison reform work and who are named after him.

The Howard League was first opened in New Zealand in 1924 by three founding members: including Blanche Baughan, Berta Burns, and one other. By 1928, there were eight different branches throughout New Zealand, including Auckland, Hamilton, Wellington, Christchurch, Oamaru, Dunedin, and two other unknown. The majority of these branches were disestablished by 1974, when the Howard League thought that the Justice Department understood  the problems in the Penal system and were undertaking steps to move forward.

The Howard League for Penal Reform had been active in Christchurch for 50 years from 1924 to 1974 before closing down, believing that their work had been completed. It was revived and re-launched in February of 1998 after penal matters took a turn downhill and New Zealand’s prison population skyrocketed and has advocated for humane and effective reform of the penal system ever since.

In 2010, the Howard League Canterbury was joined by a Howard League in Otago and in 2012 another branch was formed in Wellington. These Howard League branches are independent agencies that receive no funding from government, and have no political affiliations. They have links with several local and international penal reform organisations.