The record size of our prison muster is bad news, no matter how the Minister Judith Collins spins it.

There are currently over 9,000 people in prison and that number is predicted to go as high as 10,000 by year’s end.

The burgeoning numbers fly in the face of the government’s policy to reduce recidivism. And overcrowded prisons will only exacerbate the problem.

Resources to manage double bunked units will have to increase to alleviate the stressful and dangerous conditions overcrowding creates for prisoners and staff. This is something the League has noticed in prisons recently. Staff are being asked to do more and more and at a certain point something has to give.

These issues are not making society safer. The vast majority of people in prison are on fixed term sentences and will therefore be released. It is in all our interests to ensure they are less, not more, likely to offend on release.

New Zealand’s imprisonment rate is already uncomfortably high, and is a black mark on its international reputation. Furthermore, it is a heavy tax on the public purse.

Make no bones about it, growing prison numbers are bad news. Unless, perhaps, you’re in the game of private prisons. 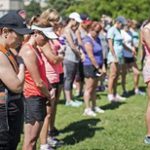 Are we safe on our streets? Murder in New Zealand.Article, Research